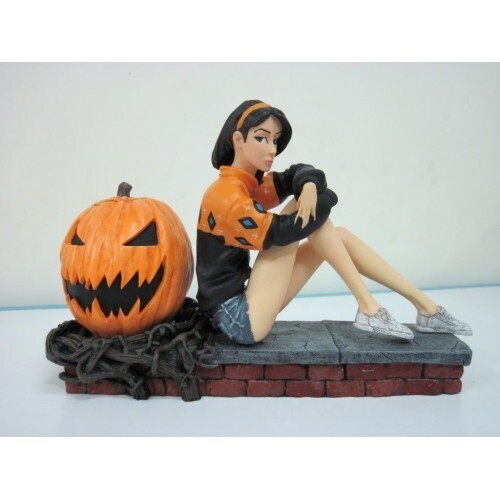 Esperanza is a hybrid experiment of Rhazes Darkk, an alien who crash-landed in Earth in the 1960s from a distant planet. She has a special connection with Victor DeLeon, a Special Agent who uncovers Darkk's otherworldly secrets and forthcoming plans for an alien takeover! When Victor is captured and turned into a creature known as "The Tenth" who holds the keys to Earth's future, Esperanza teams up with him in order to thwart Rhazes' plans of global takeover... but are they too late? This beautiful pose of Esperanza in a pensive mood sits on a 1 1/ 2 inch brick wall base. Espy herself measures 5 1/ 2 inches high briging to total height to 7 inches. The base measures 9 inches long. Limited to 999 statues