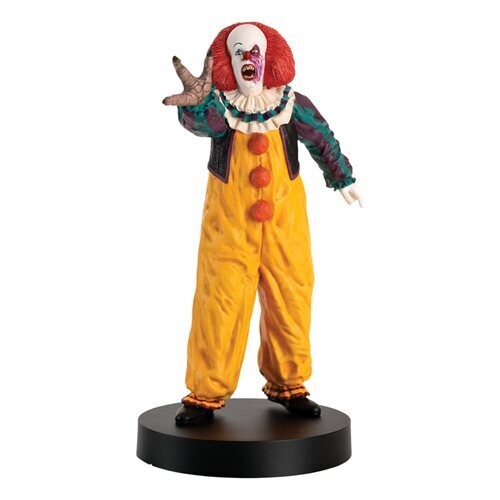 :The Horror Heroes 1:16 Figurine Collection showcases the most famous fiends in film as hand-painted statuettes, sculpted in metallic resin at 1:16 scale. These figurines come posed atop a display base, and are sealed in collector-friendly window packaging.

He's every nightmare you've ever had. He's your worst dream come true. Captured midway through his monstrous transformation, this version of Pennywise the Dancing Clown was portrayed with palpable villainy by Tim Curry in the 1990 TV adaptation of Stephen King's epic horror novel, IT.

The first adaptation of IT to the screen garnered over 30 million viewers in its premiere, and brought the horror stalking the town of Derry to new audiences across the world. Tim Curry's Pennywise took center stage, becoming a horror icon for his cackling torment of the Loser's Club. Ages 17 and up